A massive well done to the Y6 Netball team who played in the Springwest Netball Tournament on the 7th of February. The 2 teams from Oak Hill played several games against different schools and with their great teamwork, communication and fantastic netball skills they have qualified for the London Youth Games trials! A big thank you to Miss Monks for organising the event and to Mrs Cooper and Miss Barnett for taking them to the competition. Good luck guys! 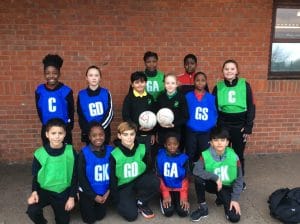 Back to all news

What Parents need to know about TIK TOK

TikTok is a free social media platform that lets users create, share and watch short videos ranging anywhere from 15 seconds to 10 minutes in…

Oak Hill students laying a wreath at the Feltham Cenotaph on Armistice Day 11.11.22.

Oak Hill Academy held there annual Firework Display on Friday 11th November 2022. A huge thank you to everyone who attended and made the evening…